Ahenny (n.) The way people stand when examining other people’s bookshelves.
The Meaning of Liff by Douglas Adams & John Lloyd 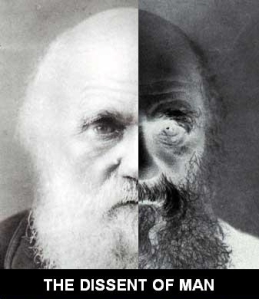 The science-religion debate has become polarised, because scientists such as Dawkins attack religions by citing the scientific method as the reason why faiths are irrational. Meanwhile, religious apologetics claim that reductionism and logic cannot entirely account for the natural world. But, neither is particularly useful, is it? We deserve a book like this. One that doesn’t concentrate on only the extremes, and doesn’t exclude what a lot of people really think. A book that is actually a useful account of Darwin’s influence, and one which will help us navigate the complex maze of human thought. What we need is a book that provides a practical account of his work, that is intelligent enough to include a wide breadth of opinion: Richard Dawkins, Noam Chomsky, Oliver Sacks, James Watson, Ian Stewart, Edward Wilson, Martin Rees, Simon Conway Morris, David King, Aubrey Manning, Michael Behe, George Schaller, Brian Charlesworth, Bjørn Lomborg, Daniel Dennett, William Dembski, Stephen Wolfram, Rupert Sheldrake, Michael Ruse, Susan Blackmore, Lewis Wolpert, Steven Pinker, Richard Holloway, Richard Lewontin, Randal Keynes, John Polkinghorne, Tim Smit, Matt Ridley, Archimedes Plutonium, Richard Gregory, Ken Ham, Adrian Hawkes, and oh! So, so many more. 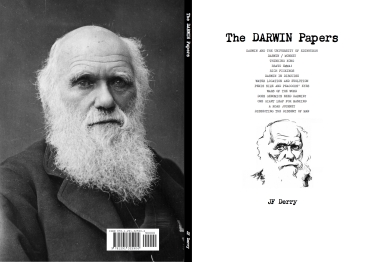 An eclectic collection of scientific papers and popular science articles on Darwin and Darwinian evolution. Topics range from Darwin’s time spent in Edinburgh to the place of music in his life and works, his struggle with the impact of his ideas and the way that they have been subsequently used. What role has water location played in African evolution? Which well-known zoologist anonymously wrote a scathing review of The Origin of Species? What do contemporary academics think of Darwin’s legacy? What role will Darwinism play in our future? Here are the answers to these and many more questions about Darwin and Darwinian evolution.

or Purchase via Amazon…

With exclusive contributions from Richard Dawkins, Noam Chomsky, Martin Rees, Aubrey Manning, Richard Holloway, Daniel C. Dennett, Randal Keynes, Brian Charlesworth, Ken Ham and others. This is the first book on Darwin and Darwinism that wholly concentrates on his time spent in Scotland and the key contributions to his future insights made by the Scottish Enlightenment and the University of Edinburgh. Darwin developed his theories because he attended Edinburgh University – although he participated little in formal tuition, it was through interaction with his tutors, peers and extracurricular groups that he was exposed to an ethos of naturalistic philosophy rooted in the Scottish Enlightenment and, by direct descent, the Ancient Greeks. If he had bypassed Scotland and gone straight to Cambridge, his education would have been theologically-based and unlikely to have given him the perspective that led him to question the prevailing doctrine. It is also the first book to explore the subsequent impact of his work on modern day biologists at the University of Edinburgh. How far have we moved on since Darwin made his discoveries? Are his theories still relevant to modern-day science? Can we say if they will be relevant in the future? And, what should we be teaching future generations? The relevance of Darwin in debate is as important and volatile now as when “The Origin of Species” was first published a century and a half ago. Science and religion seem to have reached an impasse. Intelligent Design, the conflicting view to Darwin’s theory of natural selection, is the new kid on the block that the science gang wants nothing to do with. All the major issues in evolutionary study are covered here, through interviews with scientists, educators and creationists. They include some of the world leaders in the biological sciences at Edinburgh University, and they are most revealing about what Darwin has meant to them and their work.

It’s 80 years after the first modern-day sighting of the Loch Ness Monster and yet despite frequent eye witness accounts since then, sonar images and even video footage, still no one knows for sure whether there really is a serpent-like prehistoric behemoth inhabiting the famous Scottish lake. More amazing is that Nessie is only one of countless extraordinary terrestrial and extraterrestrial life-forms that have been reported worldwide over the course of the last century or so: the Yeti and Bigfoot; British big cats such as The Beasts of Bodmin and Stroud; paranormal manifestations in the form of ghosts, banshees and poltergeists; and visitors from other worlds, aliens and their UFOs. The list is astonishing and extensive, but the remarkable Daily Mirror archive has accumulated a wealth of articles and pictures from sightings, visitations, apparitions and alien abductions, many of which are now collected together in this otherworldly monster of a book, “Loch Ness Monster and Other Unexplained Mysteries”.

Lust, power, madness and money drive us all in our daily lives, but however much these things arouse hostility towards others, we know the difference between right and wrong, and most of us don’t act on our impulses. Most of us know when to stop. Most of us. But, there are an alarming number of people that we mix with every day, in the street, at work, even at home, who do not share our moral code, who are certifiable psychopaths and lack empathy and remorse. Mix this cold-heartedness and disconnection from the rest of society in with the pressures and urges of everyday life, and you have a time-bomb primed to go off. You have the makings of a serial killer. Jack the Ripper is without doubt the most famous of all serial killers, immortalised in literature, and on stage and screen, yet, this notorious multiple murderer was responsible for killing surprisingly few people, compared to, say, Blue Beard or La Bestia who between them could have killed over a thousand victims. From the earliest recorded accounts right up to the modern day and using shocking first-hand evidence, Serial Killers delves into the horrific psychology of multiple murder, to expose to you, the mind of the serial killer.

In semi-arid rangelands, the foraging range of free-ranging large mammalian herbivores is constrained by the distribution of drinking water during dry seasons. Animal impacts become concentrated around these watering sites according to the geometrical relationship between the available foraging area and the distance from water; the spatial distribution of animal impacts becomes organised along a utilisation gradient termed a “piosphere”. This is the first mechanistic study of two aspects of animal spatial foraging behaviour arising as a direct consequence of animals’ need to drink water: the development and maintenance of piospheres, and the subsequent animal response. Core to this investigation is the response of animals to the heterogeneity of their resources so that aspects of spatial foraging are widely commented on, whilst explaining the consequences of piosphere phenomena for individual animal intake, population dynamics, feeding strategies, livestock and wildlife management, and herbivore evolution. This book on piospheres is the first to entirely focus on the pivotal landscape feature in the work of rangeland managers, conservationists and scientists.